Airconsole works great with Windows. There are 3 ways to connect to Airconsole depending on whether or not you require the Airconsole Serial Port to be presented as a direct COM port to the Windows OS or not.

The 3 connectivity options are

2) WIFI with Telnet or http protocol

1. Airconsole via Bluetooth on Windows

2. Airconsole via WIFI on Windows (Telnet or HTTP)

To connect to Airconsole Serial port via Windows, first connect to the Airconsole WIFI network. This can be accomplished via Control Panel -> Network and Sharing Centre.

Selected the "Airconsole-XX" WIFI network and click connect. The default password to join the Airconsole WIFI is 12345678

Once connected, your Windows PC should receive a DHCP assigned IP address from the Airconsole. Unless the defaults have been changed, it will be from the range 192.168.10.2->100. The Airconsole itself will have address 192.168.10.1. The default values and network configuration for Airconsole can be changed by its web administration page. No matter the changes made, in order for Windows to work with Airconsole via WIFI it must have IP connectivity between Windows PC and Airconsole unit. For more details on changing the Airconsole network interfaces and IP routing, see the user manual available in the Documentation section.

From here you can connect to the serial device attached to Airconsole via either the Telnet protocol using a terminal client like the free "PuTTY" client (see Putty Download) or you can use the simple built in Web terminal that runs on the Airconsole unit itself.

Connecting via Putty to the Airconsole Serial port is a simple Telnet connection, however the port number has to be modified:

The below example shows the recommended way to connect directly to the Serial port using Windows PuTTY application: 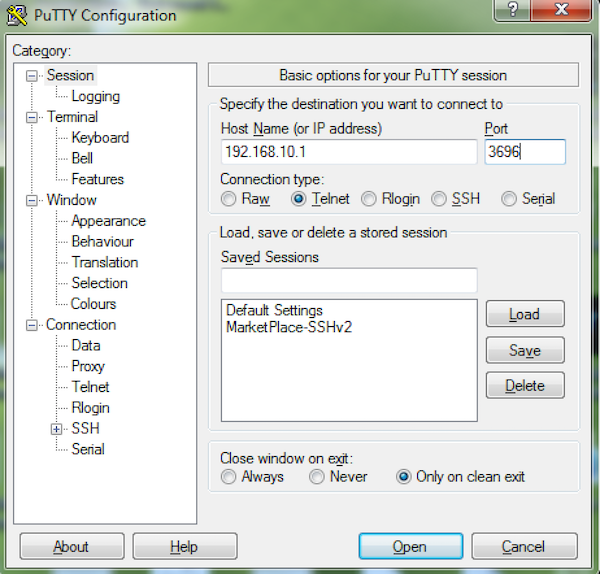 Alternatively, there is a very simple "Demo" terminal application built into the Airconsole unit itself. This terminal doesn't require any particular client application, only a modern web browser - such as IE10, Chrome38+, Safari 6+, Firefox 33+ - which supports the Websockets protocol.

To use this connectivity option simply open a websockets capable browser and point to http://[IP address of Airconsole]/terminal.asp - i.e. by default this would be http://192.168.10.1/terminal.asp 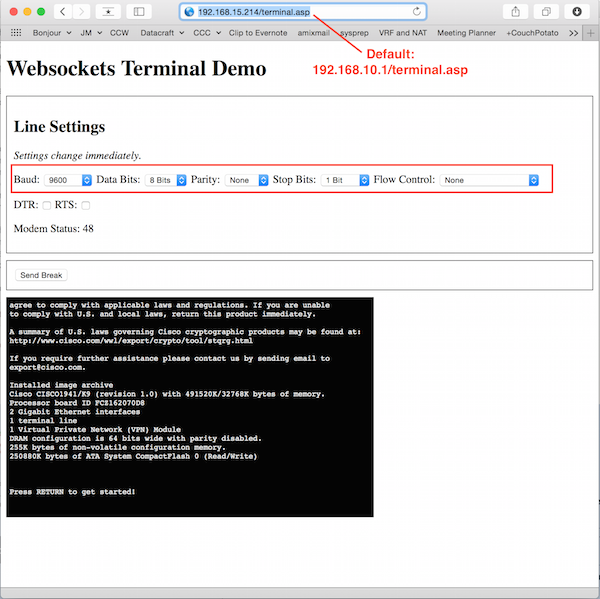 This runs a simple terminal connected to the Airconsole serial port entirely within a browser window. This terminal is not particularly rich or functional, but can be useful for troubleshooting end connectivity issues with the serial device (i.e. baud rate, flow control settings) or for access from locked down PC's that cannot have a full terminal such as Putty installed.

Some non-terminal Windows applications expect a Serial port to be directly attached to the Windows PC via a COM port. A COM port connection can be achieved via Bluetooth as described above, or if WIFI is preferred, using the method described here.

As with the previous method, there must be IP connectivity between the Windows PC and the Airconsole adaptor before any COM port creation can occur.

For example to connect to Airconsole directly over WIFI, select the "Airconsole-XX" WIFI network and click connect. The default password to join the Airconsole WIFI is 12345678

Once IP connectivity is established a virtual COM port can be mapped through to Airconsole via our Windows drivers. These drivers can be downloaded at the Downloads page of this site.

The installation instructions are attached below. The process is a little complicated, however any Virtual COM port driver such as the HW Groups windows driver will also work with Airconsole. While we work on better Windows drivers, the HW Group driver (freeware) are simpler to install.

Install the driver in STANDALONE mode

The relevant settings for use with the HW Group driver are:

This will create a COM port connected to Airconsole that can be referenced in the Windows Application requiring Serial connectivity. 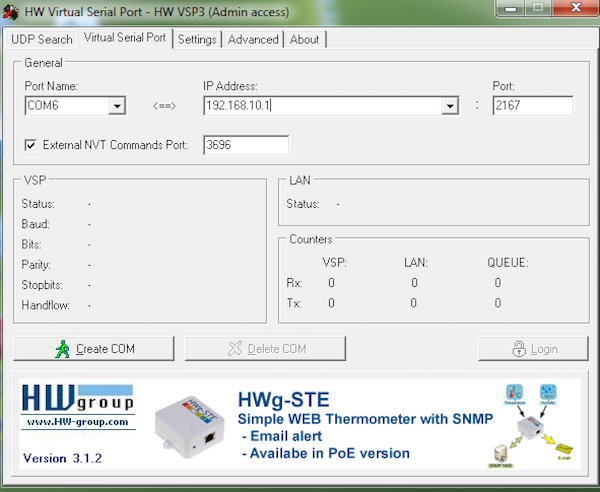 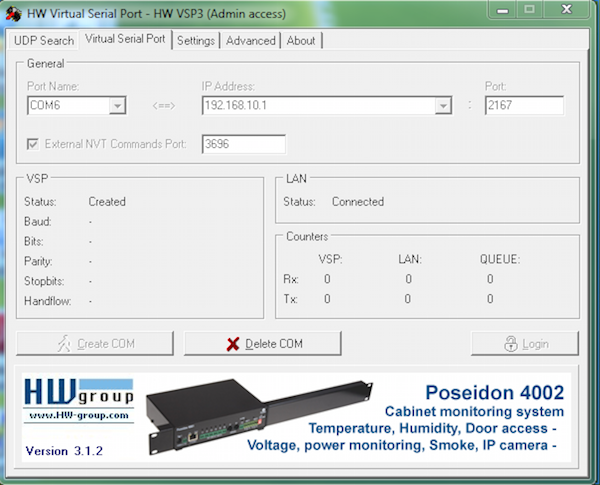 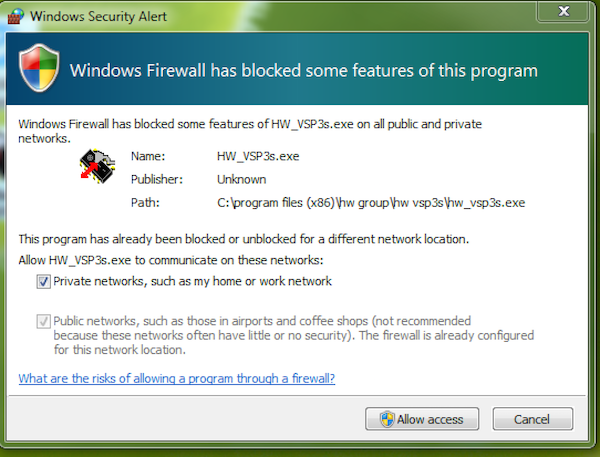 Finally launch Windows application that requires direct COM port access. In this case we can PuTTY to connect on COM6 rather than Telnet 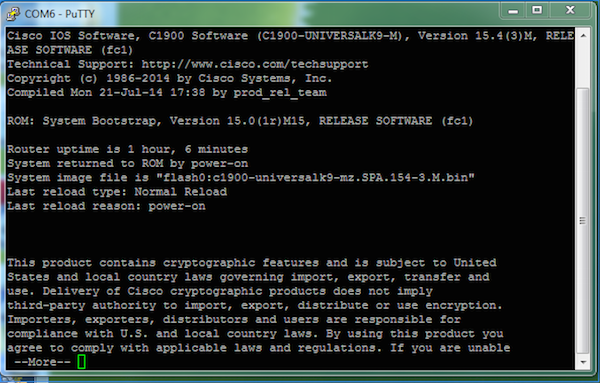