Airconsole 2.0 allows for connectivity to the serial port via either WIFI or Bluetooth.

Before Bluetooth function can work your Airconsole should have Blue LED's flashing on both the top of the Airconsole unit, and on the included Bluetooth dongle plugged into the USB-Serial cable: 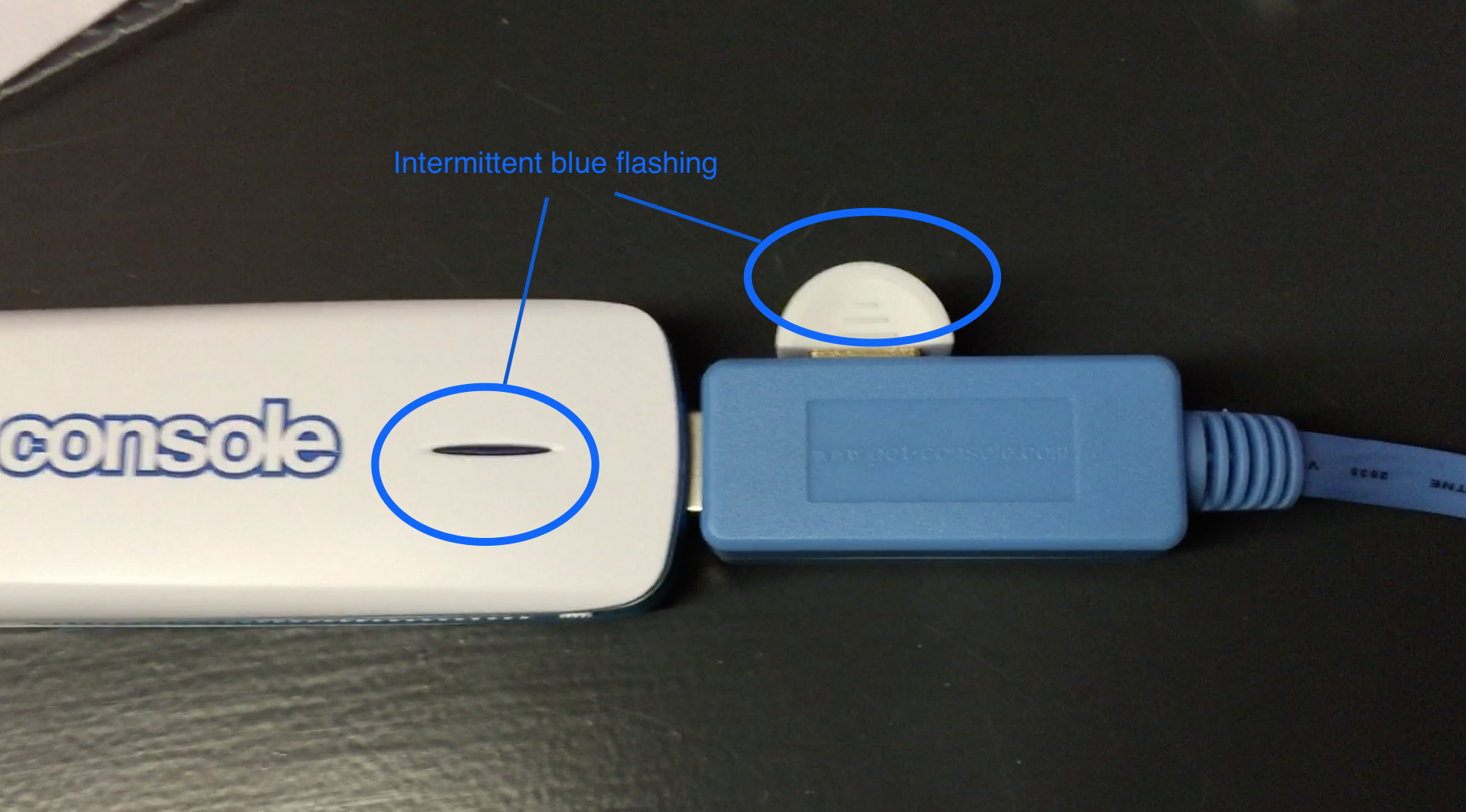 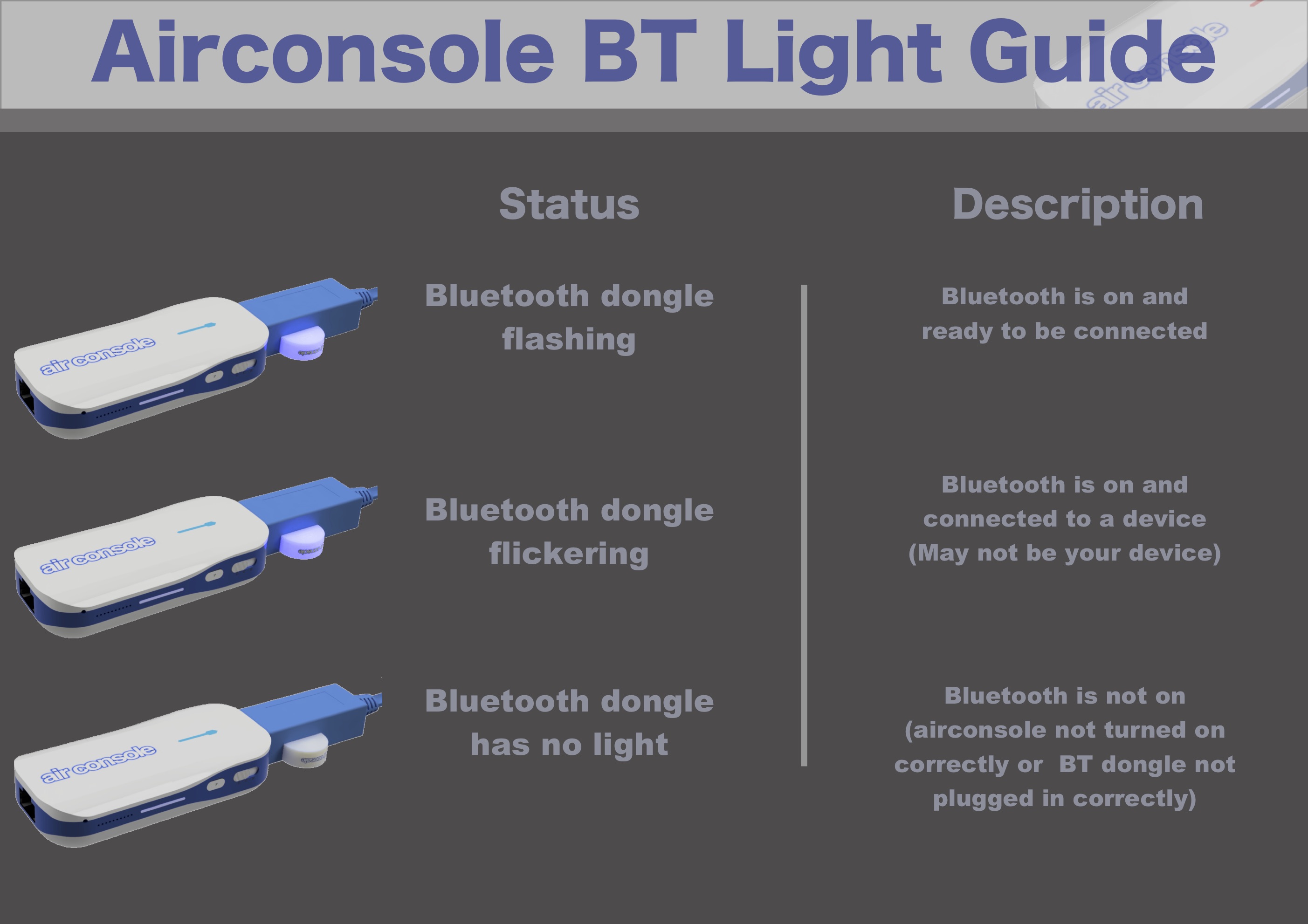 If your Airconsole doesn't have both LED's flashing, it is not ready to be connected to over Bluetooth. If this is the case:

Assuming Airconsole is ready to be connected to via Bluetooth, the Bluetooth protocol to use depends on the client operating system / application as per the below table:

The process under Windows is the same regardless of Windows version:

1) Pair with Airconsole over Bluetooth

In Control Panel, select Add device under Hardware and Sound. 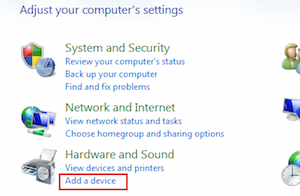 Wait for Airconsole to be discovered via Bluetooth. Initially the name of the device might be "handheld device" and then change to Airconsole after full discovery. Click on Airconsole to start pairing process. 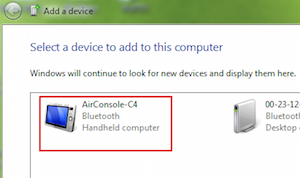 Air console does not need a pin code to pair with. Sometimes Windows will pop up with a long number that needs to be typed in first in order to establish the pairing. If this happens just wait and the pairing will continue without having to enter any numbers.

After pairing, Windows will install a new Serial port and set it up. When the process is complete a small popup in the task bar notes completion 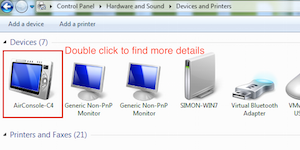 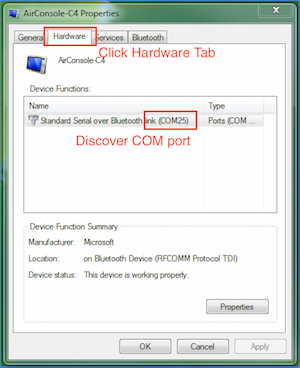 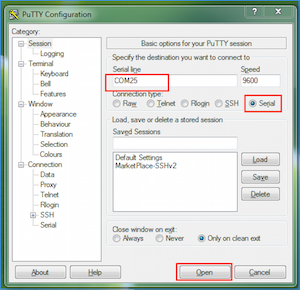 Change the COM port in the serial connection to be the COM port number discovered above
If Baud Rate, Flow Control etc settings are correct - Serial device will now be connected 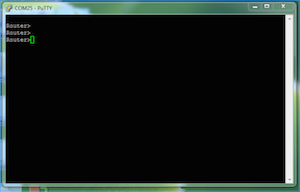 1) Pair with the Airconsole Bluetooth adaptor before launching SerialBot app 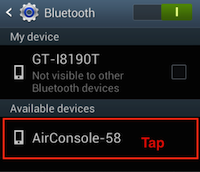 Note if already appears to be paired from previous session you can delete / forget the pairing, then rescan and pair again.

2) Launch SerialBot app, and then start a "Serial-BT" connection using the syntax Speed-Databits-Parity-Stopbits: i.e. 9600-8N1 is 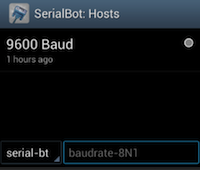 It can take a few seconds after the connection is launched for the bluetooth serial port to connect.

If the connection fails try the following:

- power cycle the Airconsole. Only one Bluetooth connection can be maintained to a client at a time. If Airconsole thinks that it is paired via Bluetooth 4 to an iOS or OS X device then while it will pair over Bluetooth 2.1 to Android, the serial connection will not work as the port will be in use. Power cycling Airconsole will remove any stale pairings or BT4 connections to other devices.

- delete and re-establish the Android pairing from the Android and then try again after clean restarting the SerialBot app.

iOS Bluetooth connectivity is covered in the QuickStart guide and also in the Get Console User Manual. The below walks through the connection steps required in iOS and Get Console application:

What can go wrong?

- Trying to "Pair" with the device from iOS Bluetooth Settings - this is NOT needed and will break the connectivity: On iOS Airconsole connectivity is via BLE (Bluetooth 4). This does NOT require pre-pairing. The pairing dialog in the iOS Settings Bluetooth page is for Bluetooth 2.1 connections not BLE connections.

- Actually the bluetooth connectivity is working perfectly, but the reason for the inability to connect to a serial device is due to some other physical/serial misconfiguration issue. See the overall troubleshooting flow chart here